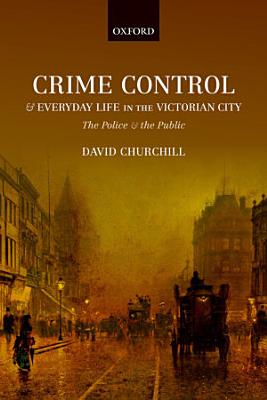 The history of modern crime control is usually presented as a narrative of how the state wrested control over the governance of crime from the civilian public. Most accounts trace the decline of a participatory, discretionary culture of crime control in the early modern era, and its replacement by a centralized, bureaucratic system of responding to offending. The formation of the 'new' professional police forces in the nineteenth century is central to this narrative: henceforth, it is claimed, the priorities of criminal justice were to be set by the state, as ordinary people lost what authority they had once exercised over dealing with offenders. This book challenges this established view, and presents a fundamental reinterpretation of changes to crime control in the age of the new police. It breaks new ground by providing a highly detailed, empirical analysis of everyday crime control in Victorian provincial cities - revealing the tremendous activity which ordinary people displayed in responding to crime - alongside a rich survey of police organization and policing in practice. With unique conceptual clarity, it seeks to reorient modern criminal justice history away from its established preoccupation with state systems of policing and punishment, and move towards a more nuanced analysis of the governance of crime. More widely, the book provides a unique and valuable vantage point from which to rethink the role of civil society and the state in modern governance, the nature of agency and authority in Victorian England, and the historical antecedents of pluralized modes of crime control which characterize contemporary society.