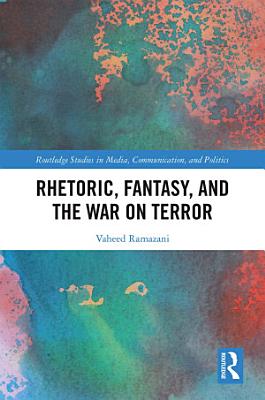 Drawing on psychoanalytic and semiotic perspectives, this book examines discourses mediating the global War on Terror, including governmental speeches, legal documents, print and broadcast journalism, and military memoirs. The book argues that these discourses motivate, and are motivated by, a myth of imminent harm that purportedly justifies a series of "preemptive" measures such as war, torture, and targeted killing, as well as an array of intrusive domestic security procedures such as profiling and mass surveillance. Dominant themes include selective compassion in the mainstream media, the language of war and the sacrificial sublime, asymmetrical warfare and the nostalgia for total war, weaponized drones and just war theory, and the role of American exceptionalism in normalizing endless war. Scholars and students alike will take interest in this original contribution to the fields of cultural studies, psychoanalysis, media studies, rhetoric, critical international relations, and international humanitarian law and ethics.

Rhetoric, Fantasy, and the War on Terror

Rhetoric, Fantasy, and the War on Terror

Authors: Vaheed Ramazani
Categories: Language Arts & Disciplines
The book draws on psychoanalytic and semiotic perspectives to examine popular, political, legal, and journalistic discourses mediating the War on Terror. The an

Authors: Jeff Birkenstein
Categories: Social Science
September 11th, 2001 remains a focal point of American consciousness, a site demanding ongoing excavation, a site at which to mark before and after "everything"

Solidarity in the Media and Public Contention over Refugees in Europe

Authors: Maja Šimunjak
Categories: Political Science
Tweeting Brexit presents the most thorough examination of the role that the most political social network, Twitter, played in creating, negotiating and challeng

Authors: Marta Pérez-Escolar
Categories: Language Arts & Disciplines
This timely volume offers a comprehensive and rigorous overview of the role of communication in the construction of hate speech and polarization in the online a

Generational Gaps in Political Media Use and Civic Engagement