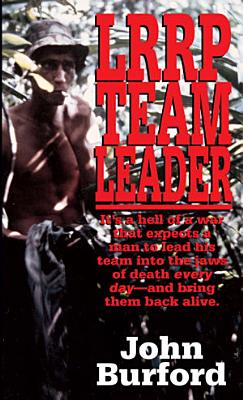 For the LRRPs, courage was a way of life Vietnam, 1968. All of Sergeant John Burford's missions with F Company, 58th Infantry were deep in hostile territory. As leader of a six-man LRRP team, he found the enemy, staged ambushes, called in precision strikes, and rescued downed pilots. The lives of the entire team depended on his leadership and their combined skill and guts. A single mistake—a moment of panic—could mean death for everyone. Whether describing ambushes in the dreaded A Shau Valley or popping smoke to call in artillery only yards away from his position, Burford demonstrates the stuff the LRRPs are made of—the bravery, daring, and sheer guts that make the LRRPs true heroes. . . .