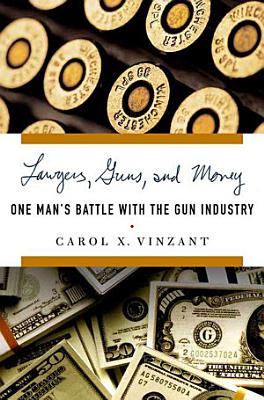 This inspiring book, Lawyers, Guns, and Money by Carol X. Vinzant, recounts the heroic efforts of Tom McDermott, a lawyer and victim of the infamous Colin Ferguson rampage on the Long Island Railroad, to take on the gun industry. He is among the leaders of an innovative and promising strategy to circumvent the NRA's political power and courts constrained by interpretations of the Second Amendment. Through civil action he hits the gun companies where it hurts most: the bottom line. Making insurance difficult for manufacturers to get, he has helped reduce the number of cheap hand guns, "Saturday Night Specials," often used in crime. This is a riveting account of tragedy turned into action, and how the law can be used to defend victims rather than enrich corporations.