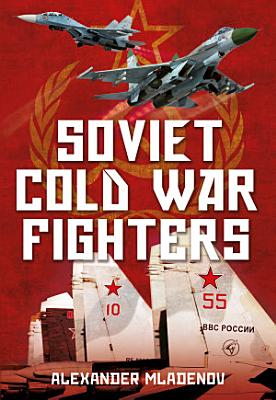 Beautifully illustrated with many rare and unpublished photographs, Soviet Cold War Fighters looks at the main development periods of Soviet fighter designs and covers all the important features and developments for each - a total of four generations of fighter were developed from the late 1940s to the early 1980s - that witnessed the most iconic and powerful fighters such as the legendary MiG-15, MiG-21, Tu-128, Su-9, MiG-23, MiG-25 reach for the skies, followed by the modern day MiG-29, MiG-31 and Su-27, which strike fear in the West for their phenomenal weaponry and blistering performance. All aircraft are described in detail with facts and figures, including their weapons and instances of combat employment, as well as explaining how the Cold War drastically changed Soviet fighter design to counter the West. Researched and written by Alexander Mladenov, a leading aviation journalist, this is a highly detailed testament to leading Soviet fighter design and development.

Authors: Robert Jackson
Categories: History
During the Cold War a great many aircraft were built and flown but for various reasons never entered operational service. Some were losers in 'fly-off' competit

Authors: Erik Simonsen
Categories: History
Since the first days of rivalry between the Wright Brothers and Glenn Curtiss, aircraft manufacturers have been vying for lucrative military aircraft contracts

Authors: William Norton
Categories: History
This book focuses on those American fighter projects of WWII that never reached combat forces, or only in a very limited manner. The book illuminates little kno

Authors: Robin Higham
Categories: History
Riveting accounts from the pilots who flew such planes as the F-15, B-52, C-130, and many more Dozens of in-the-cockpit photos This sequel to Flying American Co

Authors: Tim McLelland
Categories: History
Britain’s Cold War Fighters explores the creation and development of the jet fighter, tracing the emergence of the first jet designs (the Meteor and Vampire)

US Military Innovation Since the Cold War

Authors: Harvey Sapolsky
Categories: History
This book explains how the US military reacted to the 'Revolution in Military Affairs' (RMA), and failed to innovate its organization or doctrine to match the t